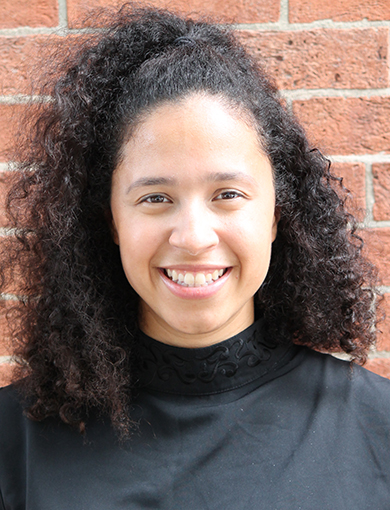 Dominique J. Troy is a certified yoga teacher with a vocational call to build community where healing is a central component to its culture. By day, she is a marketing professional and content strategist working remotely for a nonprofit organization that operates in six countries. Through her role on a faith-based racial justice and diversity committee and as a founding member of She Steps Up, a women’s wage equity organization, Dominique considers herself an advocate for the dignity of all peoples. As a self-declared empath, finding ways to integrate wellness, gratitude and spirituality into each day is key to her leading a fulfilling life.

After graduating with a bachelor’s degree in communication from Santa Clara University, she was a Jesuit Volunteer in Los Angeles at a homeless youth drop-in center called My Friend’s Place. While implementing harm reduction based approaches, she served young people who had aged out of foster-care, sex-trafficked youth, substance users and those who were chronically homeless. Subsequently working with families whose teens were substance users through the evidence-based Multisystemic therapy model in New York City.

Now, Dominique lives in Philadelphia where she both hosts womxn’s meditation circles and periodically teaches a yoga outreach series alongside LGBTQ youth. Dominique is a New York native and heads back whenever she can to visit her mother’s English bulldogs Brutus and Penelope!