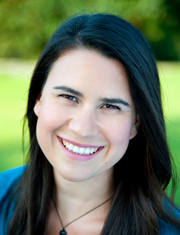 Jennifer Cohen Harper, is the board president of the Yoga Service Council, as well as one of it’s founding members. She is a leading voice in the children’s yoga and mindfulness community, and the author of Little Flower Yoga for Kids: A Yoga and Mindfulness Program to Help Your Child Improve Attention and Emotional Balance,and co-editor of Best Practices for Yoga in Schools. Jenn is the founder and director of Little Flower Yoga, a national organization based in New York, and The School Yoga Project, which brings yoga and mindfulness to schools nationwide, including directly serving over 5000 children a week in NYC. Her work has been featured in prominent publications including the NY Times, The International Journal of Yoga Therapy, Publishers Weekly, and Yoga Journal, and endorsed by thought leaders including Daniel Siegel, Sharon Salzberg and Congressman Tim Ryan.