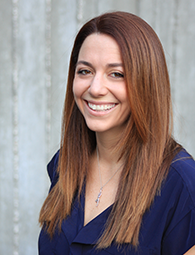 Kathryn Thomas, E-RYT, founded Yoga 4 Change after being medically separated from the United States Navy in which she served as a Helicopter Pilot. Having been introduced to Yoga as a child by her mother, she had always thought it was strictly a physical practice. During her final months in the Navy she began studying to become a Yoga teacher through the Yoga School of Kailua. During this training she was exposed to teaching inside the correctional facilities on the island of Oahu and found her purpose: bringing the practice of Yoga to all types of people experiencing trauma. When her husband was transferred to Jacksonville, Florida, she witnessed the need for mental, emotional, and physical healing in her new community. From this the mission statement for a new nonprofit was created to include underserved populations in Northeast Florida: veterans, incarcerated men and woman, at-risk youth, and those suffering from substance abuse. Kathryn has a background as a Naval Officer, Naval Aviator and completed training through the Yoga School of Kailua, Big Fish Power Yoga in Jacksonville Beach, Florida, and the Baptiste Institute. She is a 200 E-RYT/500 RYT as well as being a Certified Baptiste Teacher. She resides in Jacksonville with her husband, daughter and 2 Labrador Retrievers.