From “Yogalebrity” to Inclusive Community: An Interview with Melanie Klein, co-founder of Yoga and Body Image Coalition 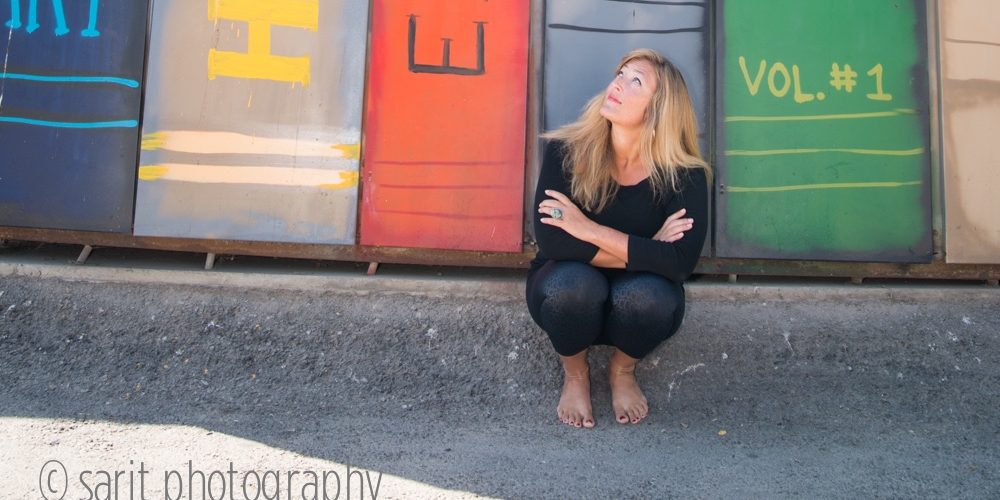 Melanie Klein, the Co-Founder of Yoga and Body Image coalition (Y.B.I.C.), sat down with Susanna Barkataki, a board member of Yoga Service Council, to discuss moving beyond “yogalebrity” to yoga community, past wins and future plans for Y.B.I.C., and the challenges of partnering with big yoga businesses while changing the face of modern yoga.

Yoga and Body Image Coalition, is an alliance committed to promoting inclusivity, accessibility, and unity in the yoga community. It stands in critical and thoughtful counterpoint to the rampant commercialization of yoga by considering the role of sexism, racism, classism, heterosexism, able-ism, size-ism, age-ism while looking at body-image and contemporary culture and making yoga more accessible for everyone.

Susanna Barkataki: What motivated the start of Yoga And Body Image Coalition?

Melanie Klein: The Yoga and Body Image Coalition began as a way to create a nexus and intentional community for people invested in work focused on bringing body acceptance, diversity and equity as well as engaged critical commentary to mainstream yoga culture. What is now a large movement of people working toward the goal of accessible yoga, was only in it’s infancy 3 years ago and we saw an opportunity for similarly minded yoga practitioners to join together as an aggregated mass. Based on my work with the Brave Girls Alliance, I knew that, as a collective, we would be a greater force to reckon with and our voices would be more likely to be heard (and taken seriously) than if we were all working as disparate individuals.

SB: What were the influences that shaped the YBIC evolution?

MK:  That’s a big question as there are so many components to consider. Social media is a large factor. After all, the yoga community didn’t really begin using social media en masse until about 2008/2009. Once social media was utilized by yoga teachers and aspiring “yogalebrities”, I saw many of the trends that began emerging in yoga imagery at the turn of the new millennium become exacerbated – the fitness and fashion inspired yoga models, the cult of celebrity, product endorsement, branding, and the way in which “likes” and “clicks” have been translated into credibility, worth and financial sustainability. All that is now commonplace in yoga culture and mainstream yoga media. 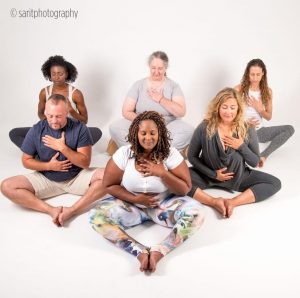 But it hasn’t always been that way and that noted change was one of the biggest sparks that inspired my work and the perspective I brought to the Yoga and Body Image Coalition. The YBIC was named after the book I co-edited with Anna Guest – Jelley and poised as the “action arm” of the book. Yoga and Body Image: 25 Personal Stories about Beauty, Bravery & Loving Your Body primarily focuses on the transformative potential a consistent yoga practice has on one’s body image. But it also contains sharp criticisms of the ways in which yoga culture and the yoga business industrial complex may mar those benefits by replicating the one-dimensional imagery found pop culture at large, images that represent the smallest margins of the population while excluding most.

In July 2014, my co-founder, Brigitte Kouba, and YBIC founding partners, Dianne Bondy and Dana Smith were invited to the Practice of Leadership Panel organized by Off the Mat, Into the World (OTM) at the Yoga Journal Conference in San Diego, CA. OTM had organized a series of discussions on a variety of topics, including capitalism and the commodification of yoga, race and equity and contemporary body politics. The panel we were asked to speak on was along with Yoga Journal’s newly appointed Editor in Chief, Carin Gorrell, and Vice President of Brand and Community at Luluemon, Rachel Acheson. While the conversation was stimulating and I was grateful for the opportunity to directly engage with and educate these corporations along with my colleagues on the panel, I was overwhelmed by the homogeneity of those attending the conference, the teachers scheduled to lead classes and workshops and the excessive branding and commercialization of the entire event.

Overall, I felt uncomfortable and out of place, a sentiment Dianne Bondy and Dana Smith echoed repeatedly throughout our time there. There was very little size, age, and race diversity. We knew we needed to change that. As a result of the panel conversation and my discomfort (and the realization that there was a long way to go before a diverse representation would be achieved in yoga media if corporations took the lead on the issue), it was at the conference dinner in a conversation with Lynann Polittle that I was inspired to create the #whatayogilookslike campaign, a variation of the feminist awareness campaign, “This is what a feminist looks like.”

SB: How did your background lead you to combining these issues?

MK: As an intersectional feminist, sociologist and as a media literacy educator, it was only natural for me to look at contemporary yoga and not only critique the sexist, racist, classist, ableist, sizeist, ageist and heteronormative media representations, but create new ones.

SB:  So tell me more about the #whatayogilookslike campaign. You gained a lot of traction but your larger vision ultimately got turned down.

MK: Even though the #whatayogilookslike campaign and media series has been huge, bigger than I could have anticipated, my original vision was much larger still. In that conversation with Lynann Polittle, I was just letting my ideas run wild. I wanted a full cover image with a group if diverse yogis representing all the facets of human diversity that exist, the kind that pulls out to reveal a double cover. You know, something similar to the annual Vanity Faire group cover photos. I envisioned something powerful and bold that not only represented diversity but also strayed away from the “yogalebrity” covers in which you have one featured “star.” I think it’s crucial that we celebrate our communities, not idolize individuals (as if these individuals have not been bolstered by their communities). Furthermore, it was a vision that sought to move beyond tokenizing one person. Like, hey, “here’s a person of color.” Check. Or, hey, “here’s a curvy yogi.” Check. 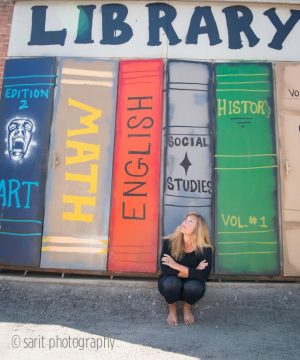 We created the t-shirt, did a video shoot and our images were featured in Mantra Yoga and Health Magazine, Yoga Journal, Yoga International, Ms. Magazine, Yoga International and many others. And, as planned, we flooded social media with everyday yogis wearing their tee emblazoned with the message thereby furthering the message.That initial idea has had a long life. People are still sharing the message and we have an ongoing #whatayogilookslike media series at Yoga International showcasing the faces and stories of people not usually represented in the pages of major yoga publications or covers.  I can definitely say the campaign and media series did and is doing what it was intended to do.

But the initial cover idea has never happened. The idea was pitched to 3 major yoga publications, including Yoga Journal. Every single one of them turned it down. Frankly, I was shocked Yoga Journal didn’t jump on the opportunity since they were at the beginning of re-branding and the pitch followed the panel discussion by a month wherein Yoga Journal said they were committed to making big changes.

Instead, their rebrand was rolled out with their “body issue” and Kathryn Budig on the cover.

Dianne Bondy and I approached them again earlier this year. Maybe the idea was ahead of it’s time, I thought. I figured that after last summer’s cover of Runner’s Magazine featuring Erica Schenk and the rapid rise of the body positivity movement, they’d be ready to feature some size diversity. But, not only that, I assumed they’d be prepared to go the distance by not only featuring a larger-bodied yogi but yogis that represent the full range of human diversity with the group cover photo idea I’d pitched 18 months earlier.

Their reply was a flat-out “no” with a note about how they’d be happy to cover the movement in the pages of their magazine, something that was never addressed again when I replied with a “sure, how would you like to cover it?” Dianne and I never heard from them again.

SB:  So even though that hasn’t gone anywhere yet, you aren’t afraid to partner with “big yoga business.” How is Yoga and Body Image Coalition working strategically with corporations and companies to change this imagery?

MK: Well, I think it is entirely possible to be authentic and stand in integrity while working with larger entities to change media messages and imagery. With that said, there is no official partnership or relationship with any organization. We’re not interested in official sponsorship or ambassadorship, because then the corporate entity is in control.  Not only do YBIC leaders and community partners recognize this, our supporters and followers do, too.

We are seeking a space free from corporate sponsorship. Because once you enter into a formal relationship like that, you are beholden to them and their values and no longer operate within the realm of freedom. The YBIC is grass-roots, volunteer-based and rooted in social justice. We are interested in building a collective movement, not a brand identity.

However, there are some good partners that we have collaborated with free of official corporate sponsorship. Yoga International is at the top of that list. They have been ardent supporters, eager project partners and deeply committed to making deep and meaningful change. They are open, willing to listen and learn and do the work.

The other for Profit Corporation we’ve begun working with is Gaiam.Gaiam approached the YBIC because they wanted “model” referrals for their new spring line, a line that offered larger sizing options and one that sought to feature “every body.”I was hesitant at first but made it clear that this was not an opportunity to co-opt the work of the on-the-ground activists doing the work. So far, I’ve been impressed with the efforts they’ve made to give recognition to those that have agitated for this change. This is just one example on how corporations can be an allies, by shining a light on the people who pioneered the work. Too often, though, you see corporations co-opting a grassroots message and turning into a depoliticized slogan or just another thing to buy.

SB: What is your goal for the direction of this movement?

MK: My goal is to continue engaging in critical and compassionate dialogue, focusing on and developing collaborative communities as well as moving forward on projects, campaigns, events and partnerships as a movement with authenticity and integrity. 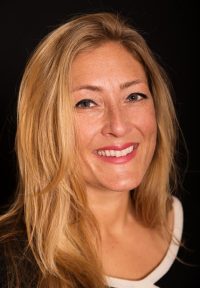 Melanie Klein, M.A., is a writer, speaker, and Professor of Sociology and Women’s Studies at Santa Monica College. She is the co-editor of Yoga and Body Image: 25 Personal Stories About Beauty, Bravery and Loving Your Body (Llewellyn, 2014) with Anna Guest – Jelley, a contributor in 21st Century Yoga: Culture, Politics and Practice(Horton & Harvey, 2012), is featured in Conversations with Modern Yogis (Shroff, 2014), a featured writer in Llewellyn’s Complete Book of Mindful Living (Llwellyn, 2016) and co-editor of the forthcoming anthology, Yoga & the Body: An Intersectional Analysis of Contemporary Body Politics, Mindfulness & Embodied Social Change with Dr. Beth Berila and Dr. Chelsea Jackson Roberts (Rowman and Littlefield, 2016).

Susanna Barkataki, M.Ed. E-YRT is a board member of Yoga Service Council, member of the Yoga and Body Image Coalition Team, and co-founder of Be Yoga Pro a next-level training for yoga teachers. She runs a donation-based online meditation program called OM in 2 Bliss and writes about yoga in her spare time. Connect at www.SusannaBarkataki.com

Please Note: The views expressed in YSC blog posts are those of the authors, interviewers and interviewees and do not necessarily represent the views of the YSC, its directors, officers, or members.