Coming Home: A Reflection on my Yoga Roots by Crystal Noelle McCreary 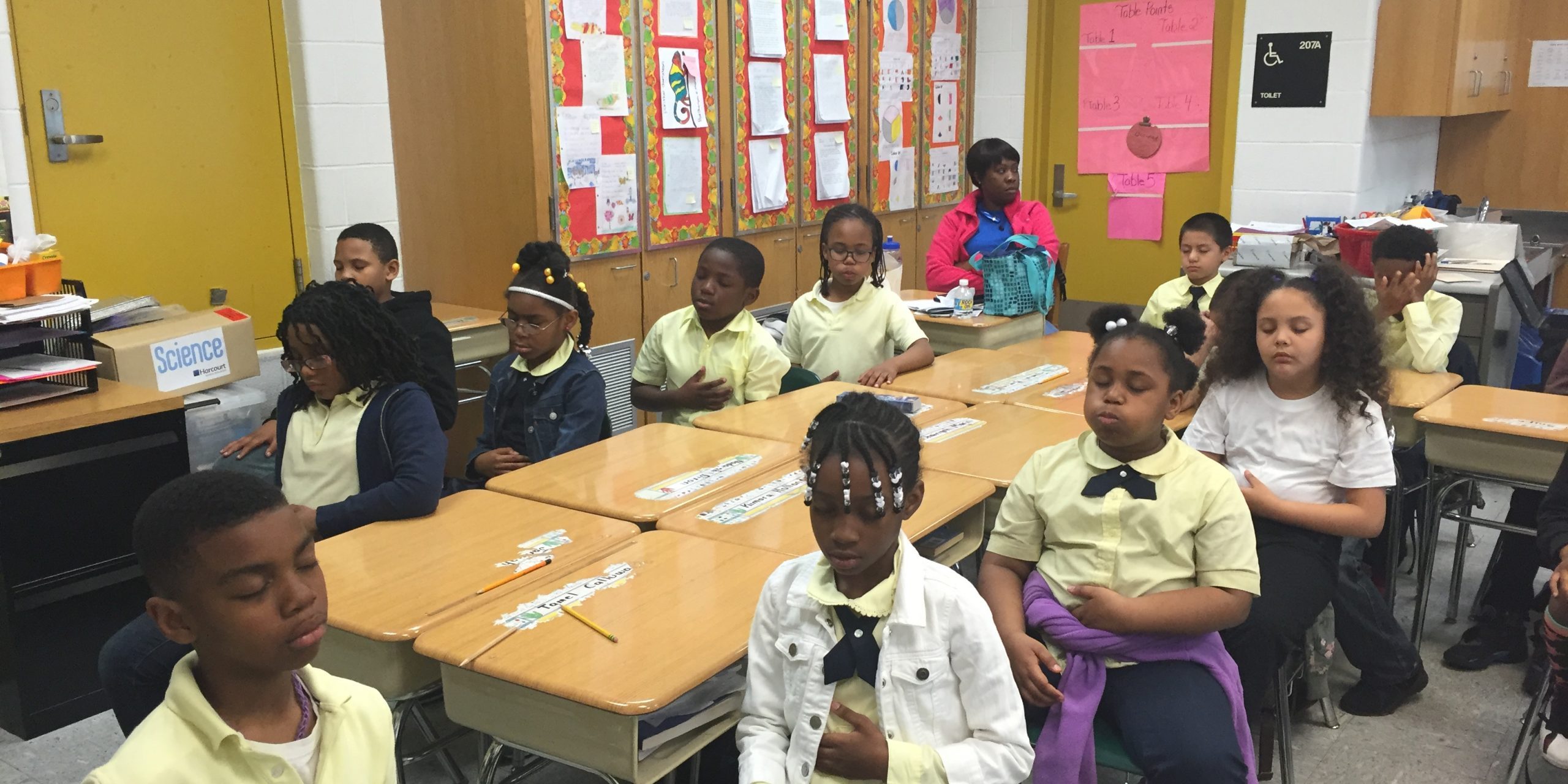 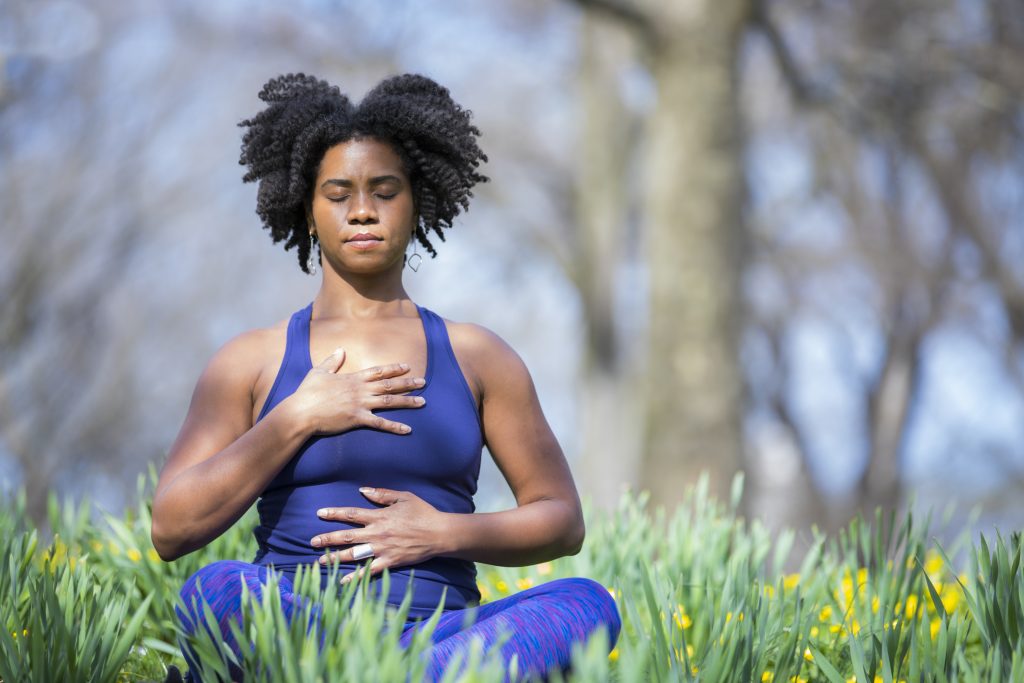 I am a yogi. I practice, teach, and train people in the art of yoga. This was not my dream job, and I hesitate to call it a job at all. It feels more like a calling, as they say, or even my soul’s purpose, at least for now. Though I live in New York, when I travel internationally for vacation or work, one of the first things that I do is locate a reputable yoga studio with senior teachers that I can practice with while in town. Yoga is a source of community wherever I go, and through my practice I explore what it means to feel at home in my own skin, no matter what is happening around me or who I am with. Unlike many yoga teachers who discovered yoga in a studio somewhere, my yoga journey started at home in early childhood. My yoga journey has helped me to answer questions about familial relationships and community dynamics that were sometimes loving and at other times hurtful. In the end, this journey has led me to yoga as a practice time and time again, though it is often much farther away from my childhood residence and even a yoga mat. This essay explores some of these layers; it explores the powerful impact that living in relationship to others had on my self-realization as a yogi and a fully-expressed human being.

I love coming home. Home is where I feel safe and comforted, though it was not always  so as a child. At age fourteen, I ran away from home to a Connecticut boarding school in hopes of finding my fantasy home with Mrs. Drummond and the girls of the 1980s sitcom The Facts of Life, an unusual wish for a Black girl during the 1980s. Though my childhood home in Milwaukee, Wisconsin is where I felt seen and understood, it is also where I experienced my first instances of suffering, rupturing disconnection, and trauma.

A complicated relationship with my father, who was also my first yoga teacher, was one source of that disconnection as was growing up in a city with deeply entrenched systemic racism toward African Americans. As a result of living in a fluctuating state of emotions with someone who was both a loving caregiver and a chronic stressor, it took many years before I developed a yoga practice of my own. Without tools to resource myself and find emotional balance during the occasionally feverish emotional pitch of my childhood home, and without knowledge and perspective that might illuminate the systemic forces that contributed to the depressed state for Black people in Milwaukee, I longed to disappear into what I fancied life could be: a playful place of joy and exploration in community with young women who looked out for each other. 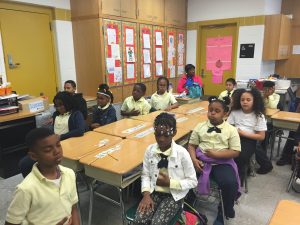 I achieved that feat by leaving home during my adolescence for my dream boarding school in Connecticut called Miss Porter’s School. Since Miss Porter’s, I have lived in California, Korea, and finally Harlem New York, by way of travel through the Caribbean, Asia, Europe, and Africa, in each place searching for a figurative “home” to call my own. Today, my yoga practice and profession as a yoga teacher has helped me cultivate the capacity to return to a “home” no matter where I stand, a safe, nurturing place in geographical, physical, emotional, mental and spiritual space and time.

My exploration of yoga embraces this ancient form of technology as a primary tool for maintaining connection to “home” (as the word yoga as “union” suggests), as it were, even in the face of adversity. Ashtanga yoga (the eight-limbed path), the yoga I practice uses posture, breath, and universal guidelines for living in harmony with self and others. With concentration, sustained attention, drawing in of the senses to focus on my internal experiences, and elimination of suffering, I can mindfully (in the tradition of a more secular Buddhist meditation practice) explore being truly awake and non-judgmental for the full spectrum of my life experience.

Though my initial relationship to yoga was complicated because of my father, Milwaukee community, and events in my life that have swirled and twirled from extreme anxiety to joy and gratitude, today I understand yoga to be one of the tools that helps me connect with elements of myself that can ground and keep me awake in the present time instead of ruminating about the past or getting swept into future fantasy of what should be. In contrast to a commonly held perspective of yoga being a method to escape or disconnect from the harsh realities of life, one that my father also imparted to me at first, my aim is to teach my diverse population of students in both age and racial background how to use yoga to connect, to harness their resources (both inner and outer) to be well within, even when circumstances around them might be tough.

Yoga has real value as a tool for social and emotional impact when explored like this because
though we may not be able to change the circumstance of our lives, yoga offers practitioners
tools to change how we respond to the circumstances of our lives in ways that either support a
harmonious experience of being in the world or in ways that further rupture, disconnect, or
traumatize us.

His name was Geoffrey McCreary, and he is my father. When I was a child, he practiced meditation, song/chanting, and Sun Salutations in the family meditation room of my childhood home. In my father’s view, home was found through integrating the mind, body, and spirit
through discipline and study. My father, after an overwhelming 6-month tour in Vietnam, found rigid refuge in Paramahansa Yogananda’s Autobiography of a Yogi and his Self-Realization Fellowship Church as well as the teachings of Indian yoga guru Swami Rama, who founded the International Institute of Yoga Science and Philosophy in Rishikesh. He dedicated our family meditation room to “communion with the Divine” after concluding during Vietnam that forces beyond the temporal world must animate human beings for us to successfully endure the brutality of life. My father’s hope was that we might explore our highest potential as human beings and as a family in this dedicated space.

To read the rest of this inspiring and intimate essay, visit the Race and Yoga Journal website where it was originally published. 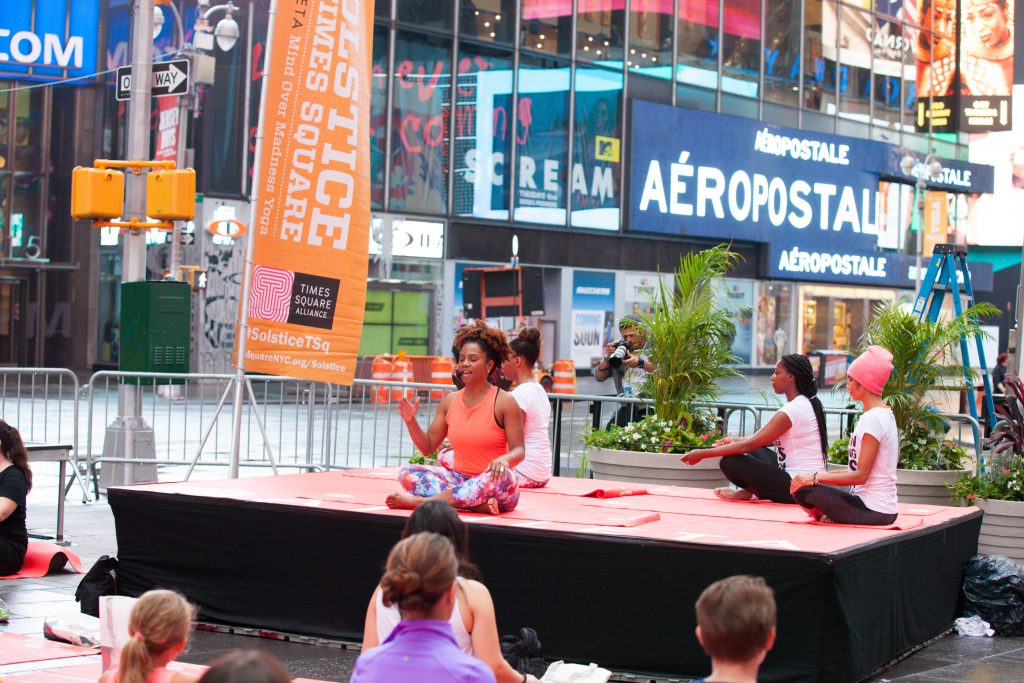 Crystal Noelle McCreary is yoga teacher, educator, actor, and writer in New York City. She  creates and holds safe spaces for people of color to heal, learn and build resilience in a world that often takes relentless hold of our bodies, minds, and hearts. Learn more at www.crystalmccrearyyoga.com.

My New Career as a Yoga Model: Why I’m Done Hating Pictures of Myself by Rose Bak
October 1, 2018

Healing ourselves, Healing our communities
April 4, 2018