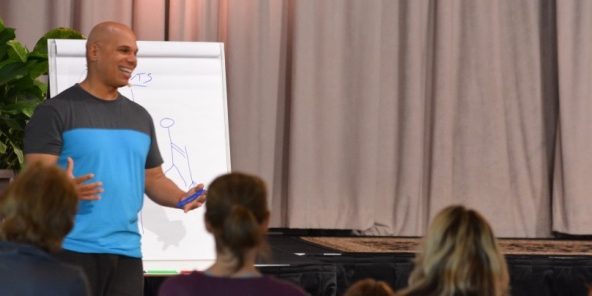 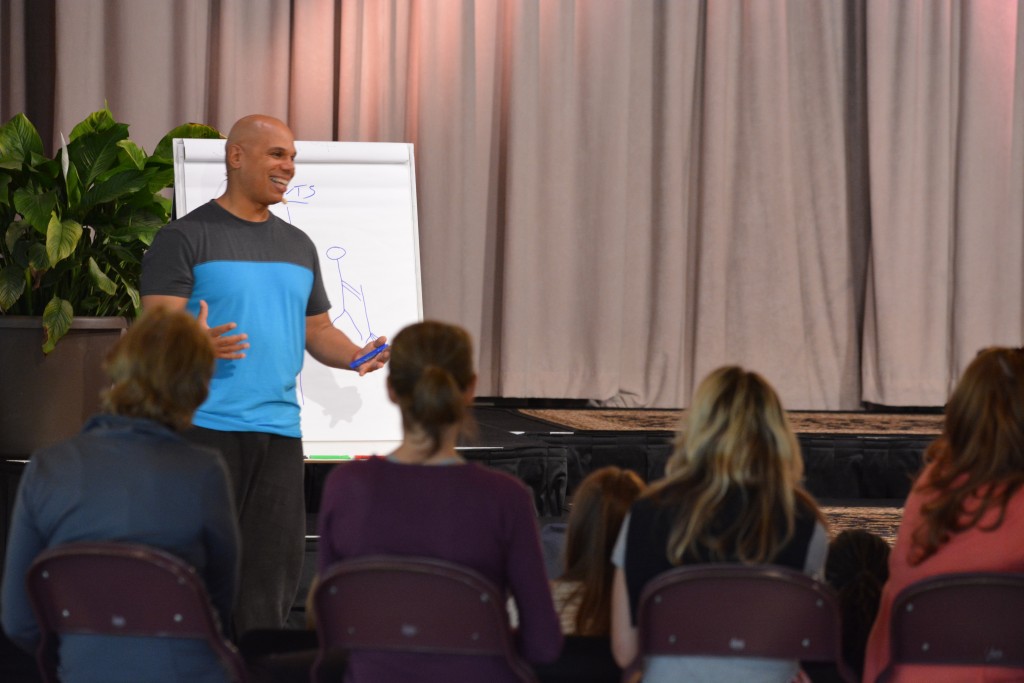 Rolf Gates leading a workshop at the 2015 Yoga Service Conference.

Excerpted from Meditations on Intention and Being: Daily Reflections on the Path of Yoga, Mindfulness and Compassion.

A few years ago I went on a ten-day meditation retreat in California’s Yucca Valley. It was very well attended, and each morning I sat at the back of a large room full of people as they enjoyed a brief opportunity to ask questions at what was otherwise a silent gathering. Early on I recognized a pattern: every day when it was time for questions someone would raise her hand and say she was having trouble with judgment of herself and judgment of others. Because I was having a lot of trouble with everything, it took me a while to see how much pain there was in the room due to the mental phenomenon people were calling judgment, but eventually it sunk in. When people start watching the mind, they start seeing how much suffering our mental habit of judging ourselves and others is causing. The leaders of the retreat seemed to think so as well, so on the fourth afternoon they dedicated a practice session to forgiving ourselves for being imperfect, for making mistakes, and for having to learn about life by living it.

This was a flexion point in my understanding of the aim of spiritual practice. For much of the previous two decades I had thought I was healing from the results of my toxic relationship with myself, but it had not occurred to me to actually address the relationship itself. Me, and my story, were just a fact of life—like gravity—and spiritual practice was about making the best of it. That afternoon on retreat I came to understand that the judgment we inflict upon the world is a reflection of the judgment we inflict upon ourselves, and that if we want relief from constantly judging the world around us we must learn to stop judging ourselves.

The practice of forgiveness has taught me that there is a difference between a person and a behavior. A behavior can be unforgivable, but the troubled, pained, confused individual who acts out the behavior is not. My teachers did not try to teach me to forgive others. They taught me to see that it made sense to forgive myself and to let go of the past. I now see forgiveness as a primary life skill. Adults need the skill of forgiveness if we are to have sustainable relationships and communities. And self-forgiveness is only the beginning. Once we learn to forgive ourselves for being human we are able to accept the humanity of others. We will be less and less troubled by the inability of human beings to avoid mistakes and their penchant for acting imperfectly. We will be able to hold space for others as they go through the sacred learning process of a human lifetime. We will desire the calm abiding energy of compassion and see how offering it to others is a way of honoring ourselves. 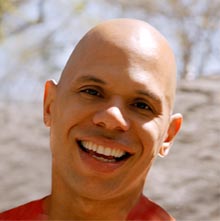 Rolf Gates is a former social worker and US Airborne Ranger who has practiced meditation for over twenty years. He is author of Meditations from the Mat: Daily Reflections on the Path of Yoga, and conducts 200/500 Teacher Trainings throughout the U.S., abroad, and online. Rolf and his work have been featured in numerous magazines including ORIGINS, Yoga Journal, Natural Health and People Magazine, and Travel and Leisure. He is a co-founder of the “Yoga, Meditation, and Recovery” Conference hosted by both the Esalen Institute and Kripalu Center. Rolf is honored to be a contributor to Yoga and Body Image (Melanie Klein and Anna Guest-Jelley, eds.) and Survivors on the Yoga Mat (by Becky Thompson). Rolf’s new book, Meditations on Intention and Being: Daily Reflections on the Path of Yoga, Mindfulness and Compassion, was released in Fall 2015.