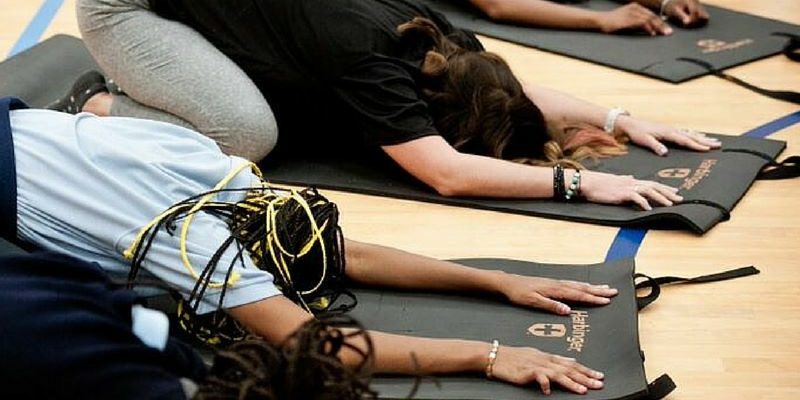 “We came to this country to unite, you need to show them we are here to work hard. That’s it. You show them by example not by arguing or crying.” Those were my fathers words when I was crying after somebody made a racist comment about Mexicans being lazy. 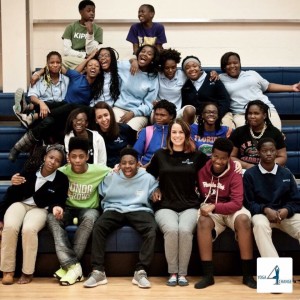 I took my father’s advice to heart, living his words fully and with an open heart everyday for almost 10 years. I never again got offended, was deflated by, or called out people for making negative comments. Then I was in my yoga teacher training and I started feeling so much. I realized the consequences of not speaking up when actions and words are not appropriate. Feelings that had stayed hidden in my body for years reemerged. I was angry, frustrated, and sad. For 10 years I didn’t speak up for black people, for Mexicans, for white people, for short people, for fat people, for anorexics, etc. I just ignored their mistreatment because I didn’t want conflict. When racism happened, I looked the other away.

As a yogi working in yoga service it’s my obligation to unite by educating those who may not have had access to the kind of knowledge I have.

“If you want to make a difference, the next time you see someone being cruel to another human being, take it personally. Take it personally, because it is personal!” said Brenee Brown. That is a powerful statement about unity and taking a stand for what is right.

So when I decided to write about the word “illegal” and what it meant to me, I immediately started thinking about all the times I’d been called illegal. 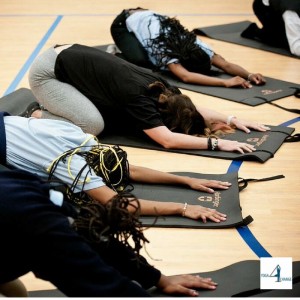 Here’s an idea: close your eyes, think about the first thing that comes to your mind when you think “illegal immigrant.” Do you see a blond girl? Europeans come here all the time. Do you see your great grandparents that might have come here from another country? Do you see your Canadian neighbor?

Were they illegal? Inches separate two great countries. You step one way and you are in America and step a bit south and now it’s Mexico. But, it’s all earth and we’re all humans. Many people I care about come under this banner of “illegal,” yet they love and laugh, fear and cry like anyone else. They want to work hard and have a good life for themselves and their families. Isn’t that what America is supposed to be about? Isn’t that the dream our country was built on?

I take this thinking and keep it in my mind when I teach yoga to inmates, to veterans to homeless teen moms. I don’t give them a pre-created mask. I see black, brown, short, tall, and different accents. I see the obvious, they see the obvious, and we drop it all and stand strong on the mat together for a better America, a better world.

I come from a family of hard working people. I was born in the states, not as an anchor baby as Donald Trump and others like to call them, but as the child of a family who had a long history of living on both sides of the frontera. My grandparents are American citizens. My parents were Mexican citizens before becoming US citizens a few years ago. I was born in Texas and did the opposite of what Trump claims, I left the United States and moved with my parents to Mexico, where I grew up as a proud Mexican, just like today I am a proud American. I love both countries with great passion.

But, I am also an American who takes great offense to the notion that anyone is “illegal.” Illegal. It means to be against the law? Really? Last time I checked, being in the U.S. without proper documents is a civil offense, not a criminal one. (Underscoring this reality, Justice Anthony Kennedy wrote for the majority opinion regarding statute SB 1070, Arizona’s controversial immigration law, that, “As a general rule, it is not a crime for a movable alien to remain in the United States.” Yet some continue to use the word “illegal” freely without understanding the power behind it. 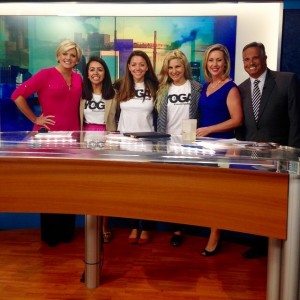 I have been called illegal more times than I can count. I have been asked if I married my husband for “papers.” I’ve been asked if my parents planned to give birth of me in Texas so I would be an American citizen. An ex-boss introduced me to a client and the second thing he said after my name was, “She was born here. She’s American!” As if to validate me in some way. It felt awful.

These misleading misconceptions were leveled at me because why, my skin is brown? Because I have an accent? And now, thanks to people like Donald Trump, the word immigrant is being attached to the terms, illegal, rapist, abuser, killer.

What is it about immigration—whatever its legal status—that incenses people like Mr. Trump so much?

I remember being in a coffee house in North Carolina with my boyfriend about eight years ago when a man sitting one table over ranted about lazy Mexicans. My boyfriend called him out about what he said, pointing out that I was Mexican and was a college graduate who had worked her way through college to cover tuition and that my parents were hard working as well. The man immediately got defensive and said, ““Well, that’s not been my experience.” My boyfriend reminded him that his limited experience didn’t define an entire culture. The rest of the moment went nowhere as the guy’s girlfriend blushed and the coffee house people whispered.

But, as we can see, that guy wasn’t alone. Not by a long shot. He’s also like the woman who heard us speaking Spanish and told my brother and me to speak English like we were stupid. We both spoke English to her and suggested that she might consider learning another language, to which she fumed and cussed at us under her breath. Just because we spoke Spanish didn’t mean we couldn’t speak English. But, things like this happen all the time to Latino families. I always wonder if a German family or a Russian one, or any non-English speaking Europeans would get the same treatment? I doubt it.

Back to Señor Trump. He’s surely getting the best of me this summer. His tirades against my people make me so very sad. And to see people clapping and cheering him—someone even yelling “white power” at a Trump rally—tears at my heart, a heart that loves this country – my country. Because in truth, who is more American, who embodies the beautiful tenets of the American dream more? Trump with his elitism? Or, the immigrants still coming hear in search of a better life? Yeah what I am talking here is heavy. To raise our consciousness and stand strong for humanity is us being teachers, living the core tenet of yoga which, let us remember, means union, as in a more perfect union in the United States. And that’s the America I believe in with all of my heart. 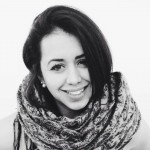 *Aidee Chavez Frescas Douglas is a 500hr YTT, Yoga Therapist, Eating Disorder Coach, and the Marketing Director of Yoga 4 Change.  Aidee graduated from High Point University with a B.S in Marketing and Business administration. After working in corporate America, Aidee decided to pursue her true passion and became a Yoga Teacher. She traveled to India to study and after two months of intense training earned her RYT 500 Ashtanga Yoga Certification. Aidee has been practicing yoga since 2008 and her style of teaching incorporates the physical aspects of the practice of yoga bringing a strong vinyasa flow with the application of precise alignment, visualization, focus and meditation and always with one goal; to not take anything too seriously. Aidee has found the perfect fit at Yoga 4 Change by working as the Marketing Director and as one of the teachers of the organizations.